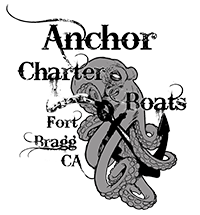 We run our albacore trips from the middle of August to the end of October depending on the weather. To most people albacore are the best fighting fish that they have caught and it usually takes between 5 and 20 minutes and up to 45 minutes to bring an albacore in because they are such great fighters. We like to keep our tuna fishing loads at 10 or less people to make it more fun for everyone and to give everyone a chance to catch more fish. 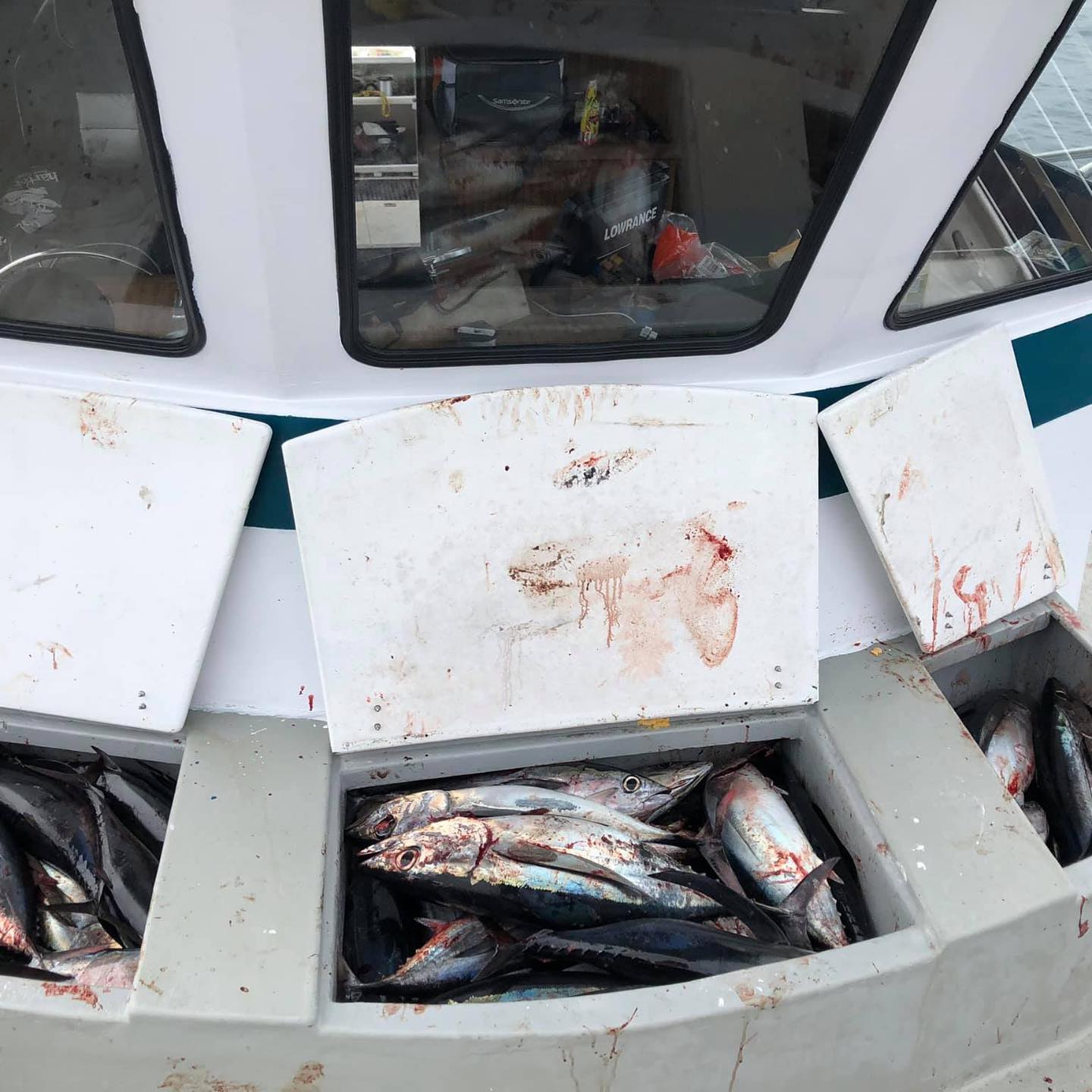 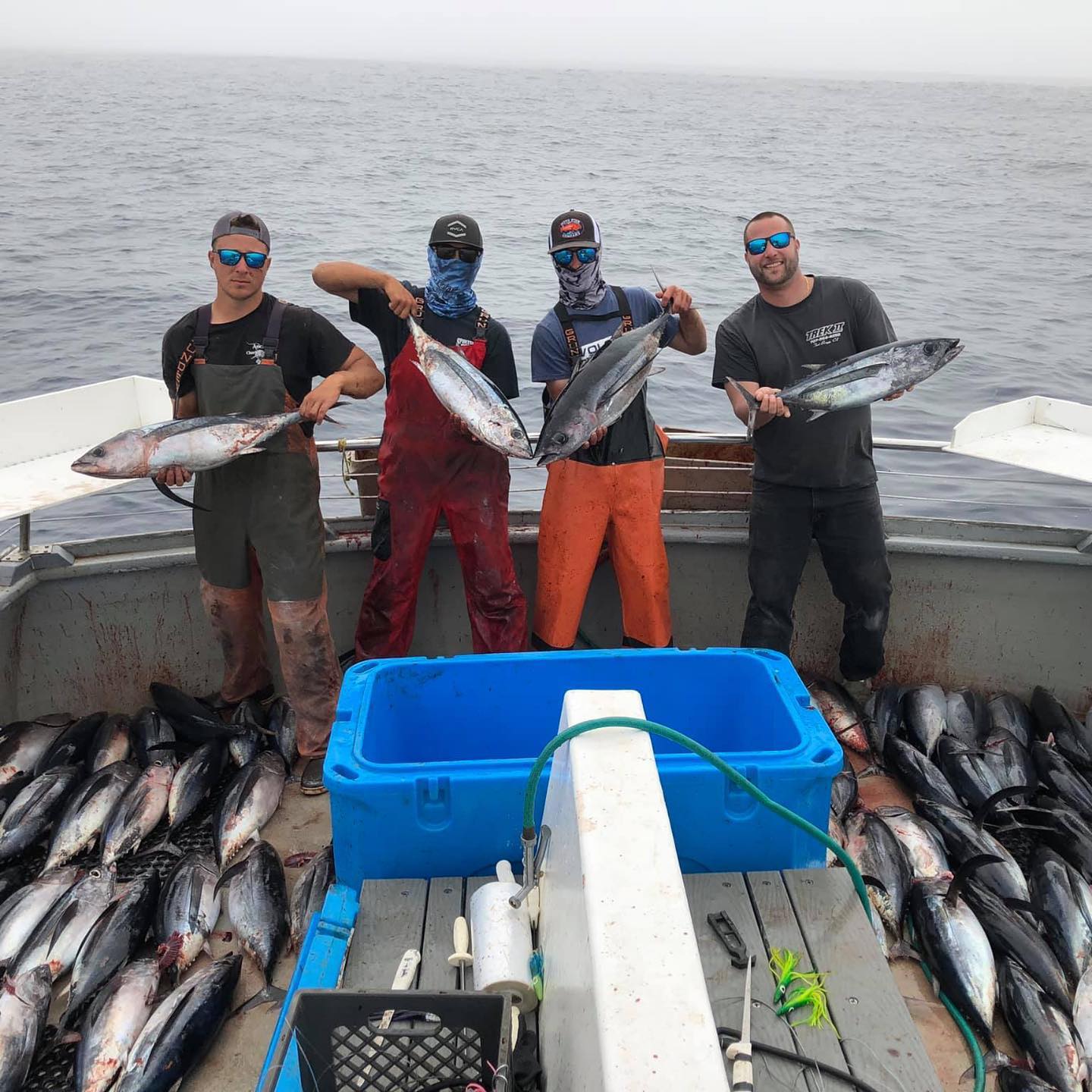 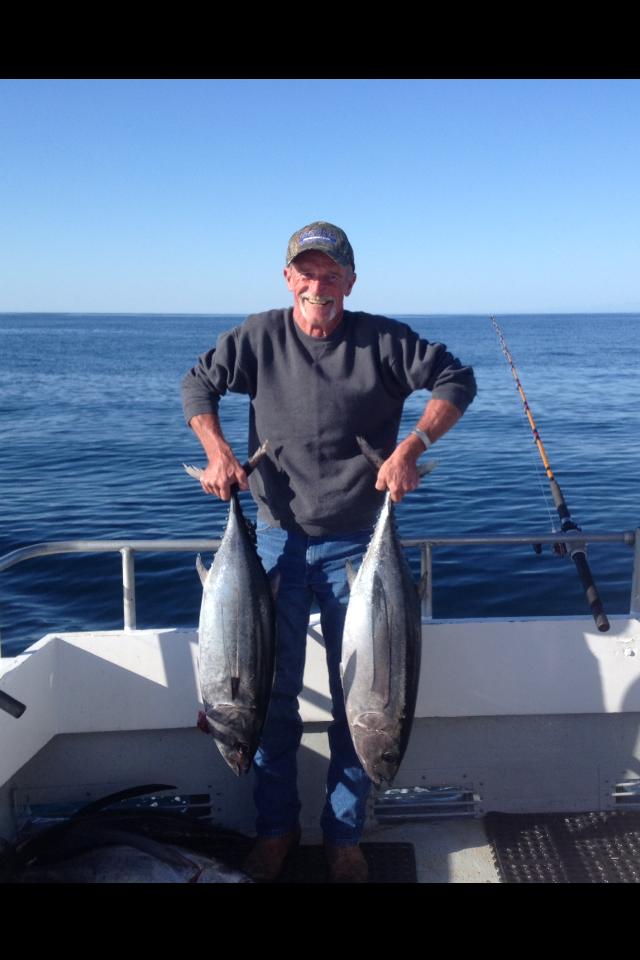 Albacore Migrate from the West Pacific (Japan and Midway) to the East Pacific (U.S. West Coast) along the Japanese current. Then into and up the California Current. The furthest south they occur off our West Coast below Punta Bunda, Baja. They then travel North as far as British Columbia Canada. This migration is followed until Albacore reach maturity above seventy-five pounds and are ready to spawn. When they reach that size to go into another circular current south of Midway Island and spend the rest of their days in that current. That’s the reason we never see any Albacore with roe. The fish in our migration are all immature fish. Mature Albacore will reach a size of one hundred and fifty pounds or more. In the last few years it has been found that Albacore over 40 lbs. will stay in an area if suitable water temps. and feed is there.

Albacore are one of the Tunas whose body temperature is warmer by several degrees than the water in which they swim. They must always be on the move because they haven’t any swim bladder. If they stop moving they’ll sink. The way they get a little rest is to swim up sharply from three-hundred feet or deeper to about one-hundred feet. Then they’ll take a long downward glide back down to the depth they started from. We suspect this behavior may also have something to do with regulating their body temperature. The same way Yellow-fin and Big-eye tuna do. They will come to the surface to feed, but not for a long period of time. They have large eyes for feeding at depths of over a thousand feet. Their eyes don’t have eye lids and are very sensitive to light.

Typically Albacore south of Point Conception, are usually two years old. Averaging eighteen pounds. Albacore north of the point, are three years and four years old or older. They average twenty-five pounds and up. One year old fish, averaging eight pounds do however occur in both areas Albacore will be off our coast in some years as late as January, depending on Sea Surface temperatures.