Salmon season begins in mid April and ends in October, mid-June through mid-August provides the best fishing for the famous Pacific Ocean King Salmon. During this time the fish weigh in from 10-40 pounds while we have caught them over 50 pounds. Ten to fifteen minutes of battle is not uncommon to bring a King Salmon aboard. Trolling is the best method to catch King Salmon here in Fort Bragg and we use a variety of gear to catch as may fish as we can and hopefully ending up with limits by the time the trip is done. 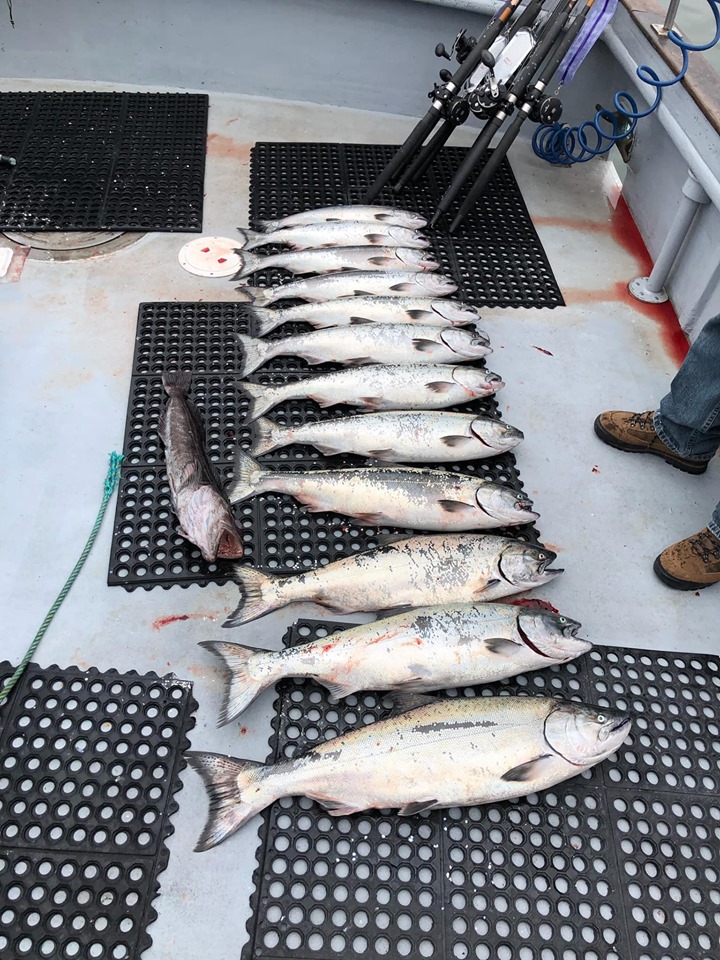 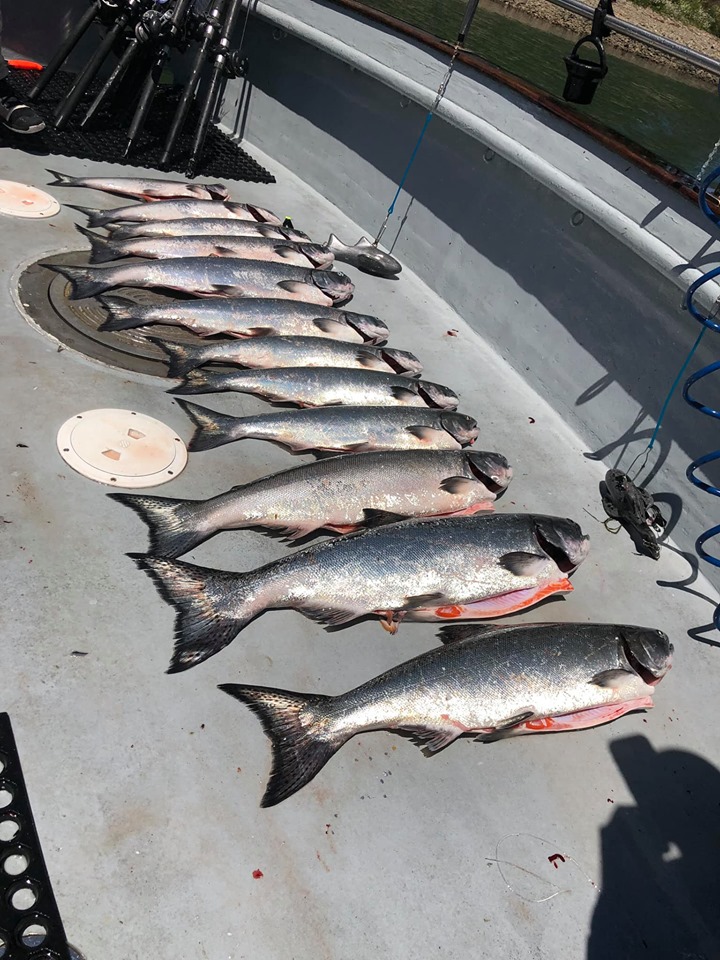 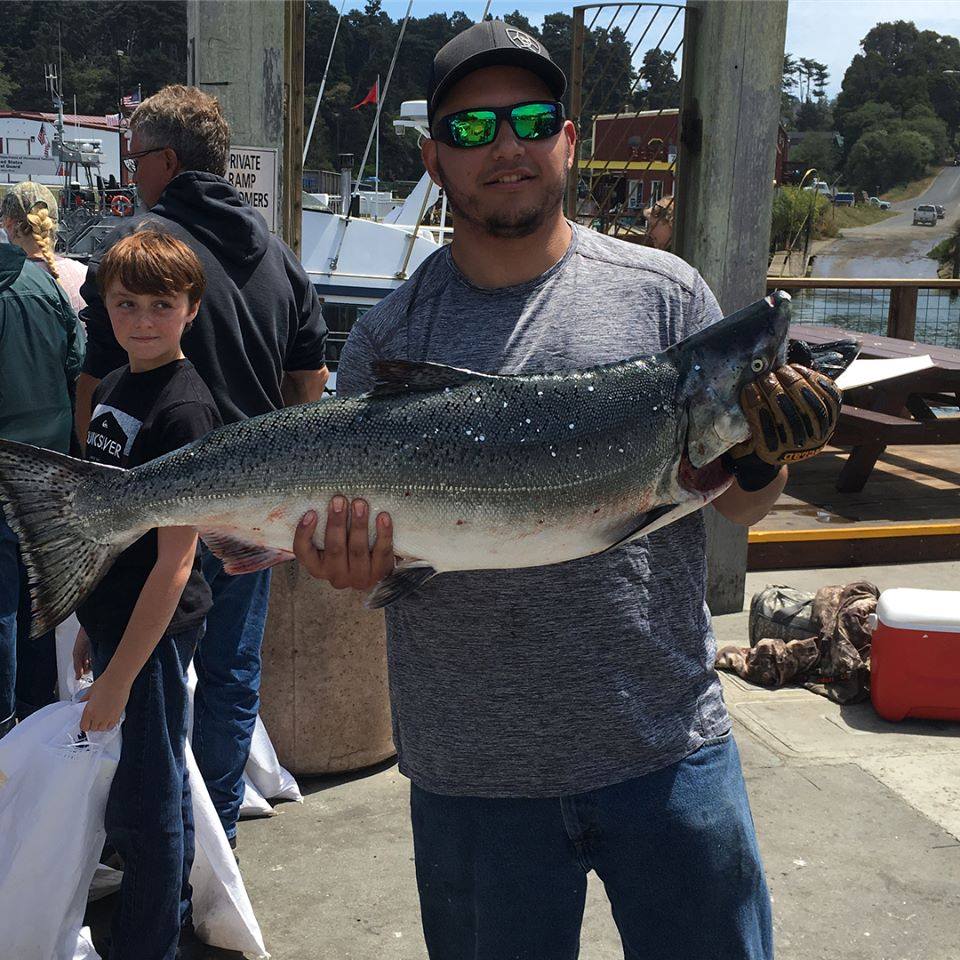 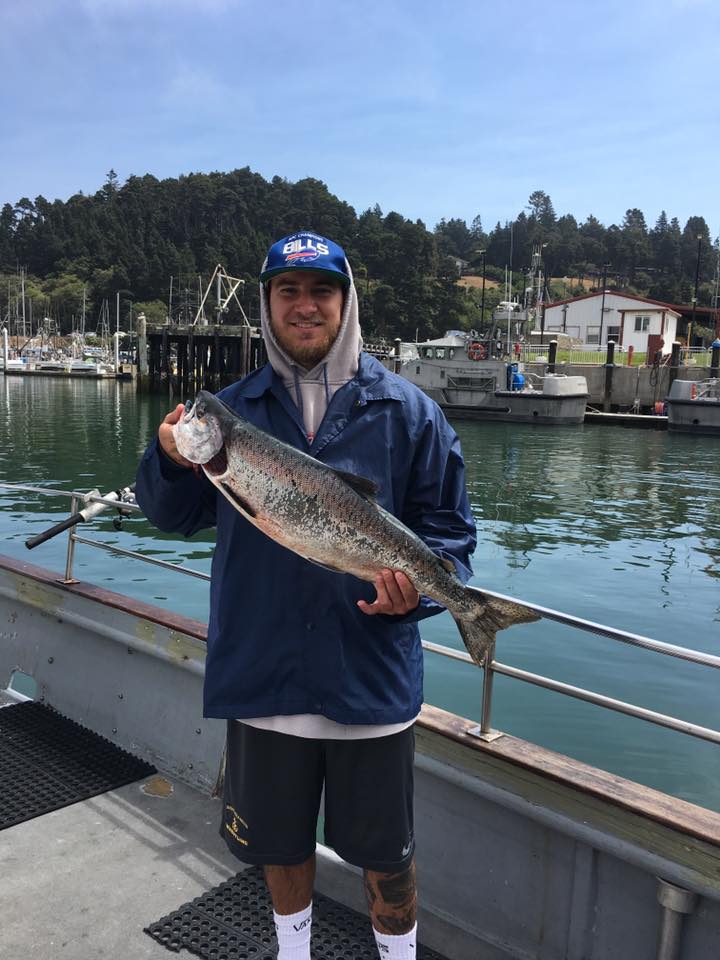 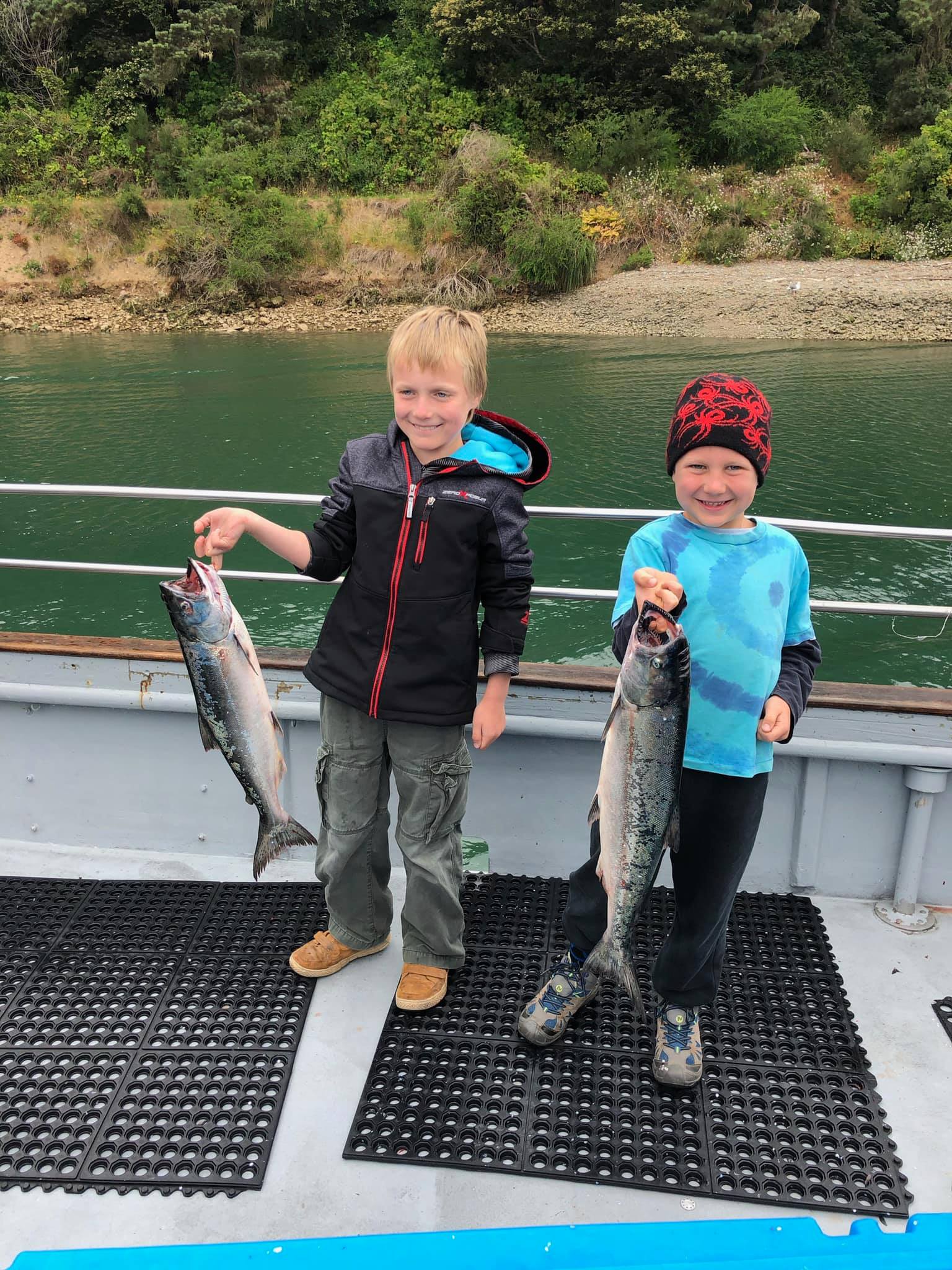 Chinook Salmon (King Salmon): A Chinook (oncorhynchus tshawytscha) salmon weighing over 125 pounds was caught by a commercial vessel, but most fish are between 15 and 35 pounds.

Chinooks spawn from the beginning of summer to November in large rivers flowing into the Pacific. Recently constructed dams have restricted spawning salmon access and therefore have caused reductions in Chinook populations.

Chinook fry swim to the sea and grow at an exceptional rate of three to six pounds a year, feeding on anchovies, herrings, crustaceans, and squid. After swimming thousands of miles five years later, the Chinook return to their home rivers to spawn. The returning fish do not feed in fresh water, but will strike bright lures and flies. Fish for Chinook when large schools hold in estuaries, acclimating themselves to the fresh water.